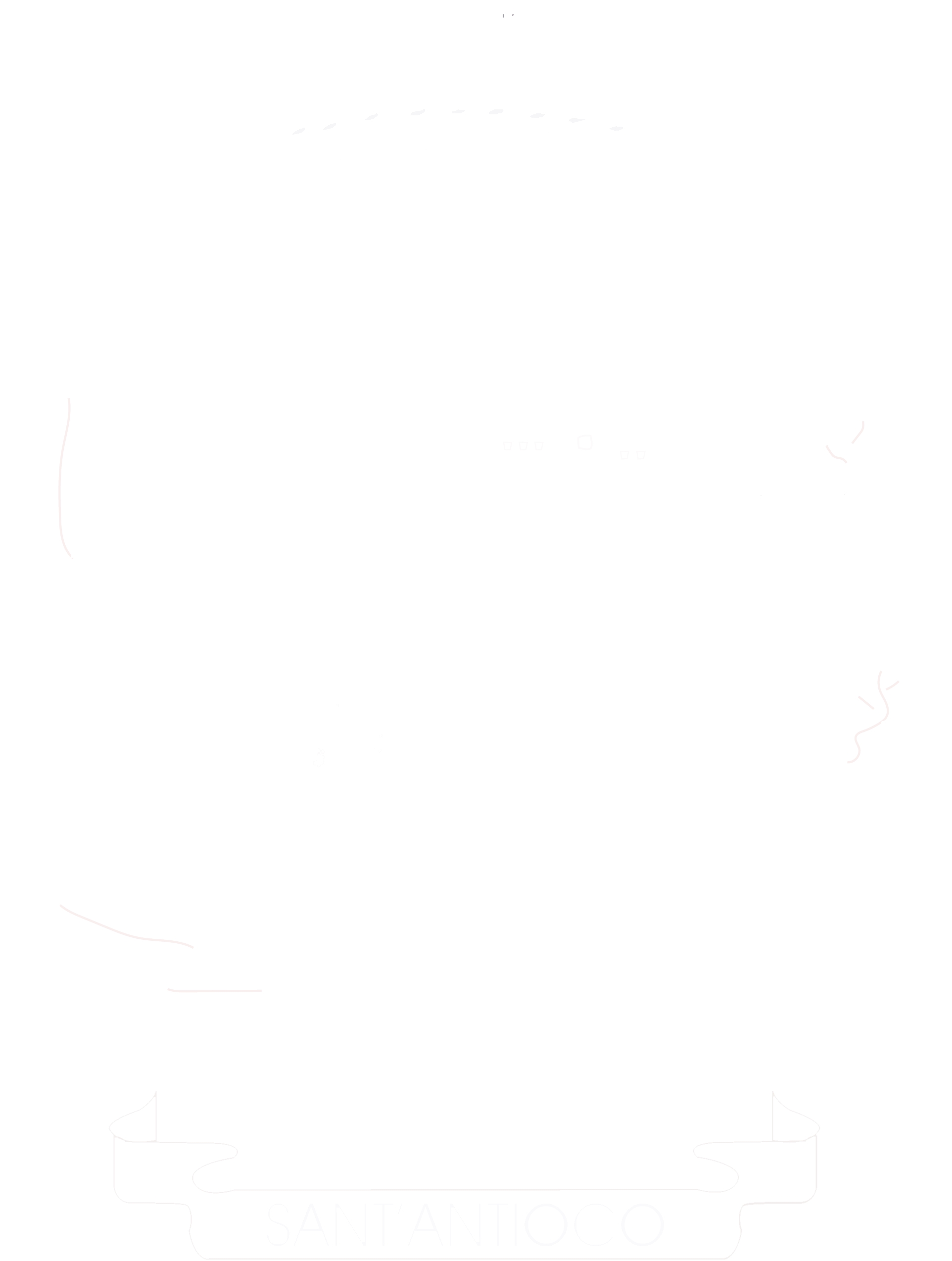 Maladroxia is an arch-shape beach, facing East towards the Gulf of Palmas, near an inlet generated by the interruption of the coastal rocky stretch of the Mesozoic limestones of the early Cretaceous (Urgonian Auct.) of about 130 million years ago, which represent the geological base of the island. It settles here the sedimentary material coming mostly from the canal, near its mouth. The beach is sheltered from the Mistral wind but from South-East it is subjected to the action of the wave motion during the Sirocco coastal storms.

From the natural shape of the bay derives its name, the Phoenician word “MalatRosh” that literally means “Shelter of the Chief”, intending it as the safe landing place closest to the point that marks the division between the Channel of Sardinia and the Sardinian Sea. It is a beach 500 metres long, consisting of fine light grey sand, very soft, with some pebbles. The low seabed extends for tens of metres from the water edge, gently waning towards the sea.

Maladroxia is also known for being a site of thermal waters that come out from the sandy seabed in several points ten of metres away from the water edge. Warm waters exploited since the time of the Romans until the first decades of the ‘900, although today there is unfortunately no evidence of the old structure. In this part, where the waters are shallow, especially on beautiful days of flat calm, it is possible to observe the bubbles come out from the sand and to appreciate the water warmth. It should be recalled that these waters have no connection with any latent volcanic activity, but with the local tectonics and they are the result of a natural progressive warming of the surface weather waters that penetrates very deep in the subsoil. Similar evidence of thermal waters are also known in the beach of Coaquaddus, little further South.

There are many legends and theories about the name MALADROXIA. According to one of them, the name would comefrom Orgia, a water goddess that cured the world’s ills. The distinctive trait of this place is the presence of the thermal water.The Romans were the first to use the underwater source flowing just a few metres off the shore. In 1974, some soundings have been made to create a spa and the water temperature in some areas, exceeded 60 degrees. At the end of the 1700s, in the writings of the St. Maurice order, this locality is called Maladrogia. In recent times, the name is modified in Maladroxia, a more “Sardinian” version, using one of the most typical sound of Sardinian language.